Brief bios for some of Undead Bar Association characters.

Anthony:  The ghost of a law student who died in 1978.  Cause of death was an unfortunate accident in the library.

Clark: (Origin Stories) A member of House Inceput. He works closely with the Dean.

The Dean: Dean of the law school attended by founding members of the UBA.  A member of House Inceput.

Gretta Black: A student in the same law school class as Maryanne. She is enslaved to the Dean. If it weren't for that, and the fact that she's a stuck up so-and-so, she and Maryanne would...maybe...no. No, they'd still find reasons to hate each other. Never mind.

Joe Capri:  A kid genius like Maryanne, Joe earned a law degree before he could legally buy a beer. Joe, like all good Texas men, knows how to use a firearm and does it dang well.

Nicholas Porpington: "Nick," a proud descendant of Scottish nobility, grew up having no paranormal experiences of any kind. All that changed when he got to law school.

Naomi O'Conners:  Naomi is Maryanne's best friend from law school, and a founding member of the Undead Bar Association. She has nerves of steel when she's dealing with the undead and the ever stubborn Maryanne.

Maryanne Wells:  Maryanne raced through high school and college, earning her the nickname "Whiz Kid." She guzzles coffee in the mornings and does anagrams in her head when she's nervous.  Maryanne's keeping a secret from her family and friends that would shock them, if they ever knew.

Matthew Califf:  A student in the same law school class as Maryanne. He prefers to be called Matt; Maryanne, for reasons uniquely her own, calls him Califf.  He is a slave of an ancient house of vampires.

Robert Brooks:  Works part-time as the bartender at Shank's Restaurant.  His dad is a physics professor at the university.  Robert is the only person in Amarillo who knows Maryanne's secret.

Charlotte Hawthorne: Maryanne's best friend since childhood.  She's a talented vocalist and actress, currently majoring in drama at the university. She knows about Maryanne's vampire hunting and the speaking to the undead stuff, and she's okay with it...sort of.

Matthew Dwayne Hawthorne: Charlotte's older brother.  Teased Charlotte and Maryanne a lot when they were kids. Now that they're all adults, Matt is very protective of his younger sister. How he feels about Maryanne is a different story.

Roger:  Maryanne's landlord in Amarillo. Roger went to the same elementary school as Maryanne's dad, J.T. Wells, and is a staunch friend of the Wells family. He's like the crazy, nosy uncle Maryanne never wanted. On the plus side, he keeps a full arsenal on hand for hunting the undead.

David Roughten:  Local eccentric millionaire.  He's feared by many, especially lawyers.  Good buddies with Roger. Has a lot of respect for Maryanne's parents, J.T. and Imogene Wells.  Lives by the old code:  handshake seals the deal, and your word is your bond.

R.J. Shanks: Owner of the local restaurant Shank's.  Don't bother telling him the apostrophe is in the wrong place; he already knows.

Dr. Absola Trotsky: Maryanne met Absola during a college semester spent abroad in Romania. Absola is a history professor specializing in Medieval History. She is rapidly gaining recognition as an international expert in the uses and applications of Medieval torture to control populations. Despite her dark professional credentials Absola has an excellent sense of humor. Absola travels the world in search of her missing husband, Pyotr Trotsky.

J.T. and Imogene Wells:  Maryanne's parents.  They're friends with R.J. Shanks and Roger, Maryanne's landlord.  Maryanne's semester abroad in Romania was their idea.

Mr. Drake:  Full name, Samuel A. Drake.  Partner at the law firm Deitrick, Egbert and Drake.  Maryanne works with him on cases and meets with all his clients.  He's brilliant, but his people skills are negligible.

Frederick von Niederhausen:  President of the university in Maryanne's home town.  He's got charisma, a plan, and a grip on Maryanne that she can't escape. 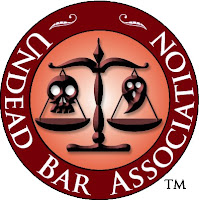